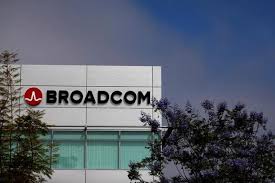 The administration’s heightened regulatory scrutiny on foreign investments, designed to safeguard U.S. companies, could in fact diminish their ability to compete in the global technology industry.

“Asian entities have become sources of capital and relationships for U.S. companies,” said Jeff Richards, a managing partner at GGV Capital, which invests in the United States and China. “This deal getting blocked is not going to go unnoticed around the world.”

It was also the latest in a series of actions by Trump’s administration, including tariffs on steel and aluminium, to establish a more protectionist stance in an effort to tamp down Chinese imports while raising the regulatory bar on what deals get approved.

“There is a very thin line between national security and economic protectionism and the use of an executive order to block this merger traverses this line very delicately,” said Venky Ganesan, an investing partner at Menlo Ventures.

Trump’s move was based on a review by the Committee on Foreign Investment in the United States (CFIUS), an inter-agency panel that has never before blocked a deal before it has been signed.

The broadening reach of CFIUS has chilled Silicon Valley, where startups often turn to Chinese investors not just for cash but for help connecting with supply chains and entering Asian markets.

There were 165 Chinese investor-backed deals in U.S. tech startups last year. That is a drop from a high of 188 deals in 2015, reflecting increased U.S. regulatory pressure and tighter capital controls in China, according to data firm CB Insights.

The total of financing rounds into U.S. startups last year that involved Chinese entities was $ 9.3 billion, or 11 percent of the total, according to data firm PitchBook Inc.

U.S. venture capital funds are also raising more money from Chinese family offices and investment firms, but legislation introduced last year in Congress that aims to strengthen CFIUS could change that. Language in the bill could require venture funds that have raised money from foreign investors to get government approval for the startup investments they make, a proposition the startup community has called untenable.

Any sort of retaliation by China to such measures could sever the relationship between U.S. tech firms and the world’s second-largest economy.

“We don’t want to go down the path where they use ‘national security’ as a reason to get us out of their market,” said Steve Hoffman, chief executive of Founders Space, a startup incubator based in San Francisco that has locations in China.