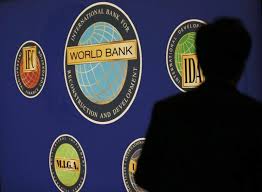 India’s economy needs to grow 8 percent and higher a year for the next three decades to join the ranks of middle-income countries, which would require major reforms in the land, labour and financial sectors, the World Bank said on Wednesday.

If that did happen, it would raise the income of at least 50 percent of India’s 1.3 billion people to sustain consumption expenditure of $ 10 a day based on the purchasing power parity of the global middle class.

Asia’s third-largest economy, which grew at a rapid pace of 8.8 percent a year from 2004 to 2008, is expected to grow 6.7 percent this financial year, said Junaid Ahmad, country director of the World Bank while releasing a report.

He said the bank planned to lend $ 20 billion to $ 25 billion to India in the next five years, mainly for investment in infrastructure, human resources and natural resources management, to support inclusive economic growth.

The world’s seventh-largest economy needs to accelerate growth to create jobs for a million young people joining the labour force every month.

Prime Minister Narendra Modi, who faces a general election next year, has pushed up spending on rural infrastructure and jobs-creating sectors to bolster his popularity.

Last November, India jumped into 100th place on the World Bank’s ranking of countries by Ease of Doing Business, for the first time, up about 30 places, driven by reforms in access to credit, power supplies and protection of minority investors.

The World Bank projected the $ 2.5 trillion economy could grow at 7.3 percent and 7.5 percent in the next two years, helped by tax reforms and benign global growth.

Referring to the slowdown in bank credit following a surge in bad loans in banks, estimated at nearly $ 150 billion, the World Bank suggested consolidation of state banks and more space for private banks.

“Durable revival in private investments and growth would be crucial for India,” Gupta said.

“The hard-earned fiscal discipline must be protected.”