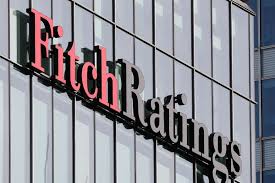 India’s government has reiterated its pitch for a sovereign rating upgrade to Fitch, citing strong economic fundamentals, a finance ministry official said after a meeting with the global rating agency on Wednesday.

The government has assured Fitch that it will bring down the fiscal deficit to 3 percent of gross domestic product (GDP) by 2020-21, the official told reporters, adding it is “conscious” of the impact of a high fiscal deficit on inflation.

The government led by Prime Minister Narendra Modi diverted from a fiscal consolidation roadmap when it announced last month a fiscal deficit target of 3.3 percent for the year 2018/19 starting in April, higher than the 3.0 percent projected earlier.

“India’s sovereign ratings deserves to be upgraded considering strong macro economic fundamentals and a number of reforms,” said the official, who attended the meeting but declined to be identified as it was not public.

The official also downplayed concerns over slow revenue collection due to the new goods and services tax, saying that the system will stabilise in the next seven to eight months.

The government also assured Fitch that the country’s debt to GDP ratio will come down to 40 percent in the next few years, the finance ministry official said, a median level for BBB rated sovereigns cited by Fitch.