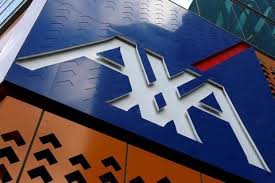 Axa SA is in advanced talks to buy XL Group Ltd., a property and casualty insurer with a market value of $ 11 billion, people familiar with the matter said.

A deal could be announced in coming days, said the people, who asked not to be identified because the matter isn’t public. XL has also attracted interest from insurers including Germany’s Allianz SE, Bloomberg reported last month. A final deal hasn’t been reached and another bidder may yet emerge or talks may fall apart, the people said.

Representatives for XL Group and Axa didn’t respond to several requests for comment. A spokesman for Allianz declined to comment.

Buying XL, which sells insurance to other insurers, would bolster Axa’s casualty coverage business in the U.S. Such firms have become ripe takeover targets as policy prices begin to increase after firms booked heavy losses last year due to a spate of natural disasters. Some $ 17.5 billion in deals have been stitched together so far this year, according to data compiled by Bloomberg.

The biggest of the takeovers so far has been American International Group Inc.’s January agreement to buy Validus Holdings Ltd. for more than $ 5 billion in cash.

XL shares have advanced 23 percent this year in New York, giving the Hamilton, Bermuda-based company a market value of about $ 11 billion.

XL’s Chief Executive Officer Mike McGavick, who expanded the insurer in 2015 with the $ 3.9 billion deal to buy Catlin Group Ltd., last month said he was optimistic about “where we are going” on the back of a solid capital position and growth in premiums.

Still, catastrophe losses might spur more consolidation for Bermuda reinsurers this year, while the U.S. tax overhaul has diluted the pricing advantage the companies enjoyed with Bermuda’s low rate, according to a Fitch Ratings report.

Axa’s Chief Executive Officer Thomas Buberl, who took the post less than two years ago, has said one of his preferred areas for growth is P&C commercial lines segments. Europe’s second largest insurer is shedding some assets as it plans to focus its expansion on fewer countries, with scale being an important factor as he seeks to simplify the business.

The Paris-based insurer plans to list a minority stake in its U.S. businesses, including its Life & Savings unit and its 64 percent stake in AllianceBernstein, in the first half of this year. Proceeds from the initial public offering will be used to fund acquisitions or returned to shareholders.