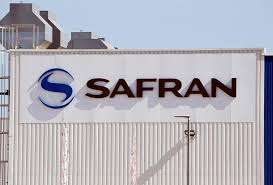 France’s Safran (SAF.PA) is close to an agreement to supply a version of its M88 military jet engine for India’s Tejas light combat aircraft, two peoplae close to the discussions said.

The deal, if confirmed, could be finalised during a visit to India by French President Emmanuel Macron next month, they said, adding that negotiations could still be blown off course.

Safran declined comment. French newspaper La Tribune, which first reported the possible deal, said the M88 would be offered as part of a revived version of India’s stalled Kaveri jet engine programme, which was initially linked to the Tejas.

The Tejas fighter entered service in 2016, 33 years after it was approved as the country sought to build a modern fighter from scratch for an air force that was entirely dependent on foreign – mostly Soviet-origin – aircraft.

But the single-engine plane has been dogged by production delays at state-run Hindustan Aeronautics and only a small number have so far entered the air force, currently powered by engines from General Electric (GE.N).