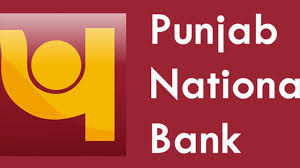 MUMBAI (Reuters) – India’s Punjab National Bank (PNB) said it detected fraudulent transactions at one of its Mumbai branches totalling about $ 1.77 billion and indicated more banks could be impacted by the fraud, sending its shares down by nearly 10 percent.

The latest disclosure comes just over a week after Indian federal agents said they were investigating a billionaire jeweller, Nirav Modi, and others over accusations that they defrauded PNB of $ 44 million.

An official with the Central Bureau of Investigation (CBI) told Reuters on condition of anonymity that the cases were related.

PNB did not say if the cases were related. Modi could not be immediately be reached for comment and has not made any comment on the accusations made against him last week.

Television channel CNBC TV18 reported that Modi had offered to repay all dues to banks through a sale of his flagship company Firestar Diamond.

Firestar, which was also not immediately available for comment, last week said it had no involvement with the case against Modi.

Shares in PNB, the country’s second-biggest state-run lender and fourth-biggest overall by assets, closed 9.8 percent lower in a Mumbai market that fell 0.4 percent, giving the bank a market capitalisation of $ 5.5 billion.

In a regulatory filing just before trading began on Wednesday, the bank said the transactions were “for the benefit of a few select account holders with their apparent connivance”, adding other banks may also have been impacted.

PNB said it had reported the deals to law enforcement agencies and would evaluate later whether it faces any liability arising out of the transactions.

A second CBI source confirmed they had received complaints from the bank and were looking in to them.
OTHER BANKS

PNB did not name the other banks it said had advanced money to customers based on the fraudulent transactions. BTVI news station cited unnamed sources saying Axis Bank had discounted 40 billion rupees ($ 624.4 million) worth of fraudulent “letters of undertaking” (LoUs) from PNB.

State-run Union Bank and Allahabad Bank have each discounted 13 billion rupees worth of PNB LoUs, the television channel said. It further said Axis Bank has sold the majority of its exposure to State Bank of India. None of the banks responded to requests for comment.

In the previous complaint filed by PNB against jeweller Modi and others, the bank had alleged that two of its employees had fraudulently issued eight LoUs without keeping margin money.