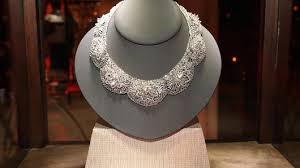 Indian federal agents said on Monday they had launched an investigation into billionaire jeweller Nirav Modi, one of the country’s richest men, over accusations that he and others defrauded a state bank of $ 44 million.

The Central Bureau of Investigation (CBI) said it was acting on a complaint from the Punjab National Bank that Nirav Modi and others had conspired with bank officials to fraudulently obtain advances for making payments to overseas suppliers.

A spokeswoman for Nirav Modi declined to comment. The CBI’s announcement of an investigation and registration of a complaint mark some of the early stages in an inquiry and do not mean the case will ever go to trial.

According to Forbes, Modi has a net worth of $ 1.84 billion through his jewellery design and retail businesses, making him the 85th richest person in India.

The bank had filed a complaint saying public money “seems to have been embezzled by committing fraud”, the CBI said.

CBI spokesman Abhishek Dayal said raids were conducted over the weekend at 21 locations linked to companies of Modi and others accused in the case. Modi’s residence was also searched, Dayal said.

Modi’s flagship diamond retail firm, Firestar International Limited, released a statement saying the case “has no affiliation, legal or otherwise” with the company. The CBI did not name Firestar in the complaint.

The case comes at a time of heightened concern about Indian banks’ near-record soured loans stock, which has choked new lending.

Policymakers have been trying to clean up the stock of bad loans through measures such as a newly enacted bankruptcy process that has seen several of the country’s biggest loan defaulters being pursued in bankruptcy court.

In another high profile case, the CBI last year accused Vijay Mallya, the head of the Force India Formula One team, of fraudulently obtaining and misusing loans obtained from Indian banks.

The Indian government is seeking his extradition from Britain as local banks seek to recover $ 1.4 billion lent to his failed airline venture Kingfisher. Mallya has denied any wrongdoing.