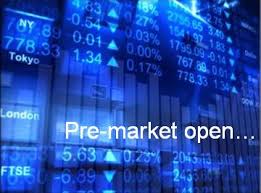 The Dow Jones industrial average, S&P 500 and Nasdaq all rose by more than 2% over the past week to hit all-time highs.

Wynn denied the charges in the Journal story.

“The idea that I ever assaulted any woman is preposterous,” he said in a statement that the company sent to CNN.

The board of directors of Wynn Resorts has formed a special committee to investigate the allegations. Wynn resigned his position as finance chairman for the Republican National Committee on Saturday.

3. NAFTA talks: American, Mexican and Canadian officials are meeting Monday in a bid to move ahead on renegotiating NAFTA, a free trade deal between the three countries.

Round six of the talks is scheduled to conclude today. Little progress has been made through the first five rounds.

President Trump has threatened to withdraw from NAFTA if negotiations do not yield a good deal for the U.S.