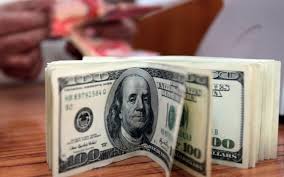 Here’s One Major Sign That Markets Can Run Even Higher, According to the Head of the World’s Biggest Money Manager

Though stock market investors have already made quite the killing in 2018, BlackRock CEO Larry Fink points to one indicator that gives him hope for further growth.

That comes as markets worldwide appear to be extending their gains from last year. The U.S. stock market, as measured by the S&P 500, has risen 5.5% since the start of 2018 and the Dow Jones industrial average has risen 6.5% to over 26,400 in the same period. A similar trend can be seen globally, with the iShares MSCI World ETF up about 6% so far this year.

According to a recent BlackRock survey, 58% of Americans still hold their investable assets in cash, rather than placing them in the stock market or other investments. Fink also estimates that 45% of disposable income in China rests in bank accounts.

BlackRock President Rob Kapito said in December that some $ 70 trillion in savings is still sitting on the sidelines worldwide.

“That’s one of the reasons I think we have more momentum, because of the pool of money that’s sitting around,” Fink said Thursday. “Can you imagine the type of inclusion we would have worldwide if we had better financial literacy, we had more people investing over the long run, the type of financial gains people would have in their 401(K) or IRA?”