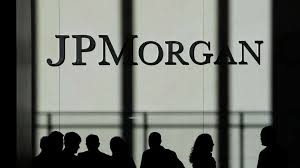 J.P. Morgan Chase is joining a handful of companies planning to add jobs using savings from the recently passed tax bill. The banking giant announced plans to invest $ 20 billion in the U.S. over the next five years.

J.P. Morgan also announced plans to increase wages for 22,000 employees by an average of 10%, “notably in branches and customer service centers, in an effort to attract and retain great employees,” the company stated in its press release. The new wages, effective Feb. 25, will range from $ 15 to $ 18 an hour, depending on the local cost of living. It’s not the first time J.P. Morgan has done this, with the bank raising its minimum wages for some 18,000 employees in 2016.

“This long-term investment, which both increases and accelerates the firm’s current growth, is made possible by the firm’s strong and sustained business performance, recent changes to the U.S. corporate tax system, and a more constructive regulatory and business environment,” the release read.

The bank also said it would boost small business lending by $ 4 billion, making up a significant chunk of the investment.

The announcement was noticed by first daughter Ivanka Trump, who tweeted about the news.

Another major announcement due to #TaxCuts. #JPMorgan Chase just committed to raise wages for 22K workers, increase lending to small businesses, open 400 new branches and invest $ 20 billion in the US over the next 5 years! https://t.co/rZL2X6h5aq

Despite taking an initial $ 2.4 billion hit from the tax bill, J.P. Morgan may be expecting long-term benefits from the new corporate tax cuts. The bank said its effective tax rate is now 19%, down from 35% a year ago.