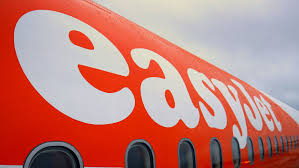 EasyJet Shares Pop as Airline Profits From Other Carriers’ Woes

Shares in the low-cost European airline EasyJet have popped by 6.3% after it reported a rise in quarterly revenue of 14.4%.

Johan Lundgren, the Swede who took over as CEO at the start of December, attributed the revenue rise to more passengers—up 8% to 18.8 million in the quarter—and a boost in inflight and ancillary sales. He also noted that EasyJet had achieved £28 million ($ 39 million) in “lean savings” during the first quarter of this financial year.

EasyJet (ejttf) said it has had a “successful start” to operations at Berlin’s Tegel airport, where it purchased the operations of the bankrupt Air Berlin. Indeed, bankruptcies at Air Berlin, Alitalia, and Monarch all contributed to EasyJet’s success, it noted.

“We expect to reach a series of milestones in 2018 including the roll out of our full summer schedule at our newly established base at Berlin Tegel, an increase in passenger numbers from 80 million to around 90 million,” Lundgren said.

EasyJet’s share bump came in the context of a generally buoyant morning for European stocks, which came in the wake of news that the U.S. government shutdown had been brought to an end.

Other winners on Tuesday morning included Carrefour (crrfy), boosted by a plan to increase sales, and computer peripherals and speaker firm Logitech (logi), which reported good sales and raised its guidance.