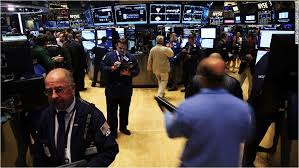 What happens to the stock market when the government shuts down

The federal government shut down for three days. How did Wall Street react? With a big yawn and shoulder shrug.
Stocks were flat Monday morning but ticked higher on the news that the Senate reached a deal to reopen the government.

The deal would restore funding only through February 8, but even if the government shuts down again, investors shouldn’t expect another sell-off.

This was the 18th government shutdown since 1976 — not necessarily routine, but not uncharted territory, either.

Do you want to take a guess what the market did during the previous 17 shutdowns? A whole lot of nothing.

According to data compiled by Ryan Detrick, senior market strategist of LPL Financial, the median change for the S&P 500 during shutdown periods is zero.

Of course, any lengthy shutdown would have an impact on many government employees. But it is unlikely to dent the overall economy or the stock market.

“Although a government shutdown sounds scary, the reality is it has been a non-event historically for equities,” Detrick wrote in a blog post in December — just before Congress passed a short-term budget deal that staved off a shutdown at the end of last year.

To be sure, several of the shutdowns were extremely brief. Eight took place during President Ronald Reagan’s two terms in office, and they lasted just 15 days combined. Four of the Reagan-era shutdowns were for one day only.

The lack of any major market reaction to shutdowns over the past 42 years goes to show that Wall Street cares more about earnings and the economy than it does politics.

Related: Here’s how a shutdown could hurt the SEC

The few major companies that have reported their fourth-quarter results so far — top banks like JPMorgan Chase (JPM) and Citigroup (C), insurer UnitedHealth (UNH) and Delta Air Lines (DAL) — impressed investors with their earnings and outlooks.

The economy is humming along, growing at a pace of more than 3% in the second and third quarters. Economists are predicting that growth will come close to that level again when fourth-quarter numbers are reported Friday.

The economy then, as now, was in solid shape. Economic growth rose at a 2.6% pace in the fourth quarter of 2013, led by a 3.3% jump in consumer spending. Federal government spending plunged 12.8%, but that didn’t hold back the real economy.

Stocks also rose during the two shutdowns when Bill Clinton was president — another period when the market and broader economy were going strong.

When the market didn’t do well during a shutdown, the reason was once again the economy. Stocks fell more than 3% during the 1976 shutdown while Gerald Ford was president.

Related: What’s happening at the IRS during the shutdown

And they were down at least 2% during three of the five shutdowns during Jimmy Carter’s administration.

None of those risks are present today. That’s why Wall Street didn’t give much thought to this weekend’s shutdown and probably won’t sweat too much if the government does this again in a few weeks.

“Investors will most likely ignore the shutdown, just as they have ignored all political and geo-political news over the past 14 months,” Hank Smith, co-chief investment officer at Haverford Trust, said in an email.

Smith added that, on the off chance the market does sell off, “it will be greeted as a buying opportunity in a market that has lacked volatility.”