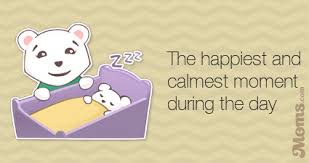 This is the calmest stock market rally in history

Whether it’s the brief government shutdown, turmoil in the White House or North Korea nuclear jitters, nothing seems to faze this stock market.

It’s fitting that even as chaos in Washington dominated the headlines, the markets set another record — this time for extreme calm.

Monday marks the 395th trading day since the S&P 500 declined at least 5%, over one day or more than one. That breaks the record set in 1996, according to LPL Financial.

“This is yet another incredible record that reminds us how rare this bull market has been,” said Ryan Detrick, LPL’s senior market strategist.

The last time the stock market pulled back by 5% was June 2016, weeks before President Trump locked up the GOP nomination. The red-hot stock market has soared nearly 40% since then, mostly after Trump’s surprise victory.

Wall Street has recently set several other records for calm. The VIX (VIX) volatility index plummeted to an all-time low in November. And the S&P 500 has already gone the longest period ever without a 3% or more decline.

Investors who recall the scary days of 2008 are enjoying the tranquility. It could even encourage some Americans who left the markets to dip their toes back in.

Related: The market is on fire. What could possibly go wrong?

Yet it’s normal for stocks to take a breather eventually.

Pullbacks allow for market fundamentals to catch up with expectations and give investors who missed the move an opportunity to jump in. Some are concerned that going so long without a cooldown could even be unhealthy.

“We need to worry that the higher stocks rise without some kind of a pullback, the more likely they are to fall further when a correction comes,” said Kristina Hooper, global market strategist at Invesco.

So why are stocks so calm?

The post-election surge has been driven by strengthening economic growth in the United States and overseas. That has lifted corporate profits to all-time highs. Wall Street is also excited about the savings and growth from the new corporate tax cut.

Market turbulence has been declining generally for years. Emergency monetary-policy steps taken by the Federal Reserve and other central banks after the financial crisis have “created artificially low volatility,” Hooper said.

Wall Street’s calm will eventually be punctured. But no one knows exactly how or when. Leading threats include a steep sell-off in the bond market, the reemergence of inflation, a trade war or a geopolitical shock like a confrontation with North Korea.

“Some volatility could be perfectly normal and healthy at this point,” said LPL’s Detrick.

That’s what happened in the past. Market turbulence picked up significantly when the calm stretch ended in the mid-1990s. But that doesn’t mean the good times must end. Detrick notes that the bull market kept going for four more years, and stocks more than doubled.

“We would use any dips and weakness to add to positions,” Detrick said.