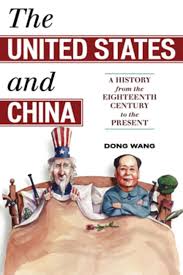 China’s exporters have had a blockbuster year.
Exports to the United States surged 15% in 2017, helping push the country’s huge trade surplus with the U.S. to a new record, according to Chinese government data released Friday.

The U.S. government hasn’t announced its own trade figures for the whole of 2017, but experts say they are also likely to show a massive deficit with China.

That’s unlikely to sit well with President Trump, who focuses on America’s balance of trade as the key measure of economic relations with other countries even though economists say it paints an incomplete picture.

“The record high trade surplus is likely to lead to more trade disputes between China and the U.S.,” said Tommy Xie, an economist at Singaporean bank OCBC.

China benefited from increasing momentum in the wider global economy last year: the country’s overall exports increased 11%, according to government data. And American demand was a big part of that.

The “continued strength of China’s exports to the U.S. … is bound to add to U.S.-China trade tensions,” Louis Kuijs, head of Asia economics at research firm Oxford Economics, noted on Friday.

Trump campaigned on a promise to get tough on Chinese trade practices, but he pulled his punches last year. He failed to follow through on a pledge to label Beijing a currency manipulator and a threat to slap huge tariffs on Chinese goods.

Related: China is America’s biggest foreign creditor: Could it turn off the tap?

Experts say they fear the situation could deteriorate this year, though.

Trump will have opportunities to impose tariffs on a range of Chinese goods. If he does, it could provoke tit-for-tat reprisals from Beijing.

What’s more, if China’s economy slows this year as some experts predict, that could widen the trade deficit further.

Economists expect China’s economy to grow about 6.4% this year, down from around 6.8% in 2017. That could mean softening demand for imports as Chinese businesses and consumers tighten their belts.

This “may create tensions with its trading partners,” said Capital Economics economist Julian Evans-Pritchard in a note to clients on Friday.

— Serenitie Wang contributed to this report.