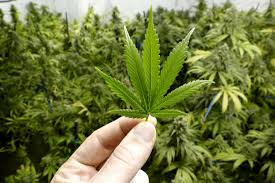 Companies in the cannabis industry have added nearly $ 2 billion. in value since California dispensaries started to legally sell recreational marijuana on Jan. 1.

Still the companies are relatively small, with some trading—in the U.S., at least—on less regulated over-the-counter markets that come with extra risk. The seven companies, the largest marijuana-related firms by market capitalization, according to Marijuana International Corporation, added about $ 1.7 billion in value in the past day, for a total of over $ 19 billion.

That came as California made selling pot for recreational purposes legal for people 21 or older, and allowing them to possess up to one ounce of the drug.

The surge also comes as Canada is set to become the second nation after Uruguay to legalize recreational marijuana by July. Massachusetts meanwhile is also expected to begin selling marijuana for recreational purposes in July.