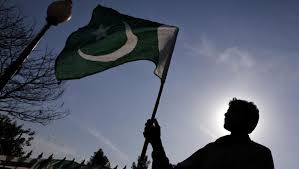 Pakistan’s new finance ministry chief Miftah Ismail said he plans significant tax reforms in the five months before the government’s term ends ahead of a 2018 election, and touted a policy of greater currency flexibility.

Pakistan’s government has in recent months devalued the rupee, imposed tariffs on imported goods and sought to boost exports to reduce growing balance of payments pressures fuelling concern about health of the nearly $ 300 billion economy.

Pakistan this month borrowed $ 2.5 billion from international markets via a Sukuk and eurobond offers that were vastly oversubscribed and fetched lower-than-expected rates.

Ismail told Reuters in an interview late on Thursday he plans tax reforms to focus on widening the tax base, simplifying tax structures, and slashing personal tax rates to encourage more people to file returns.

“We have to reduce rates and the prime minister is very eager to especially reduce rates on individuals,” Ismail said at his home in Islamabad, referring to his close ally Abbasi.

Pakistan has a very narrow tax base.

Successive governments have promised to rein in tax evaders and boost revenues but have faced fierce resistance to change, including from the many politicians and businessmen believed to be among those dodging their taxes.

Pakistan’s central bank devalued the currency by about 5 percent this month, and the market expects further weakening of the rupee before the polls in mid-2018 to ease balance of payments pressure stemming from a widening trade deficit and growing fiscal deficit.

The devaluation followed the departure of Ishaq Dar, the previous finance minister who was staunchly opposed to a weaker rupee and had admonished the central bank for an attempt to weaken the currency in July.

Ismail said the government has altered its policy of the past few years, under which it had essentially pegged the rupee to the dollar and defended its value.

“We’ve decided to not do that,” Ismail added.

Analysts say Pakistan’s central bank effectively sets the currency rate as it is the biggest player in the thinly traded rupee market and controls what is widely understood to be a managed float system.

When asked if he would be opposed to the rupee weakening another 5 percent, as the market expects, Ismail said there was a policy of greater flexibility for the currency and he would not be hostile to it either weakening or firming.

“I‘m a big believer in the free market,” he said. “We are largely letting the rupee be.”

Ismail also said Pakistan may return to international markets for a fresh bond offering but that this was unlikely before late 2018.

“We will probably not go back to the international markets to issue a new bond until the end of next calendar year so it will not be in this fiscal year any more,” he said.