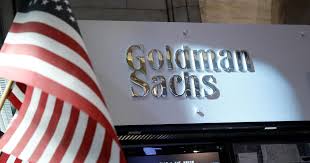 Goldman Sachs Group said the U.S. tax reform will cut profit this year by about $ 5 billion, mainly because of a tax targeting earnings held abroad.

About two-thirds of the hit comes from the repatriation tax, while writing down U.S. deferred tax assets also contributed, the company said in a filing on Friday. The bank also accelerated the delivery of previously granted stock awards to many of its top executives to lower its taxable profit subject to this year’s higher rates.

While bank stocks have rallied on the tax bill’s lower corporate rates, the new law requires charges in the near-term as foreign earnings face taxation and the value of deferred tax assets declines. Citigroup (c) said it expects a hit of as much as $ 20 billion, while Bank of America (bac) will take a $ 3 billion charge and Credit Suisse Group (csgkf) is at risk of posting a third consecutive annual loss.

The old tax regime allowed companies to defer U.S. taxes until they brought back earnings held abroad. Under the new law, U.S. companies’ overseas income held as cash would be subject to a 15.5% rate, while non-cash holdings would face an 8 percent rate. Companies can make the payments in eight annual installments.

Goldman Sachs (gs), which gets more than 40% of its revenue outside the U.S., had $ 31.2 billion in earnings reinvested abroad as of the end of 2016, according to a regulatory filing.

Chief Executive Officer Lloyd Blankfein was among managers receiving stock awards that were granted as compensation in years prior to 2017 and were due to be paid next month. The firm made a similar move in 2012 before new tax rates came into effect. The acceleration results in about $ 100 million in tax savings for the firm, while the individuals collectively will see a slight benefit, according to a person briefed on the move.