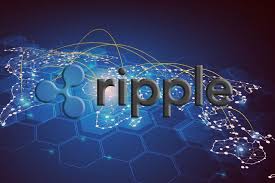 This Is Your Guide to Buying Ripple

Let us preface this by saying that this is not an endorsement for any cryptocurrency, Ripple or otherwise. The markets for these largely untested, unproven digital assets are extremely young and fickle—as evidenced by the recent bloodbath that’s been taking place in the past day or so.

Amid this week’s crash, Ripple has managed to avoid some of the wilder downward swings afflicting other cryptocurrencies, like Bitcoin. In fact, XRP, as Ripple’s token is technically called, broke the $ 1 mark for the first time last Thursday, and quintupled its market cap to more than $ 5 billion between Wednesday and Friday of that week, according to data from CoinMarketCap, a cryptocurrency price tracker.

Exactly why Ripple’s XRP has rallied is not obvious. Recent partnerships with banks like American Express (axp), new hires from Facebook and elsewhere, hedge funds devoted to it, or quirks of the coin itself, as well as its supply, may contribute to the phenomenon.

In seeking an explanation for the uptick, some people have pointed to unverifiable rumors circulating in online forums that Coinbase, one of the biggest U.S. cryptocurrency exchanges, may add add support for it, thus allowing retail investors to purchase it on its website or app. Who knows. We certainly have no evidence that that’s true.

However, given the search interest, we put together a quick guide on how to purchase the stuff. If you were interested in acquiring some Ripple’s XRP, here’s how you might go about doing so.

First off, note that you cannot buy XRP on Coinbase. The site, which has soared to become one of the iPhone’s most popular in recent weeks, recently added support for Bitcoin Cash, a controversial “fork,” or spin-off, of Bitcoin. Coinbase already let’s you buy other cryptocurrencies such as Bitcoin, Ethereum, and Litecoin.

Ripple’s website lists all of the exchanges where XRP is available for purchase. Some of the top exchanges include Bitstamp, Kraken, and Gatehub.

From here, it’s pretty simple. You create an account at your exchange of choice, enter some personal information, and navigate to make your purchase. For detailed instructions, Ripple’s website provides step-by-step instructions with screenshots for each exchange. Here are the guides for Bitstamp, for Kraken, and for Gatehub.

Trading in cryptocurrencies is an inherently risky business. You could lose everything—or not. We don’t know. Just don’t say we didn’t warn you.