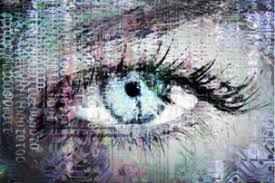 Some, like former New York City Mayor Michael Bloomberg, have said that it is “pure fantasy to think that the tax bill will lead to significantly higher wages and growth.” But a few corporations are already satisfying the GOP’s expectations and promising bonuses and reinvestments following implementation of the bill.

Read: President Trump Is About to Sign the GOP Tax Bill. Here’s When the Cuts Will Start

AT&T announced in a press release Wednesday that once the bill is signed into law, it plans to “invest an additional $ 1 billion in the United States in 2018 and pay a special $ 1,000 bonus to more than 200,000 AT&T U.S. employees.” The bonus will be paid to all union-represented, non-management and front-line managers. The telecommunications company says employees will receive the bonus over the holidays if Trump signs the bill before Christmas.

The company’s announcement comes just a month after the Justice Department challenged AT&T’s merger with Time Warner, a deal that Trump called “not good for the country.” But during Wednesday’s White House celebration of the passing of the tax reform bill, Trump lauded AT&T’s decision to pay out bonuses and quoted from the company’s press release

Read: ‘Today’ Host to Paul Ryan on Tax Bill Claims: “Are You Living in a Fantasy World?”

Boeing also says that it will earmark $ 300 million for “employee-related and charitable investment” as a result of the tax cuts to “support our heroes, our homes, and our future”—though the company did not provide any further details.

According to CNBC, Fifth Third Bancorp plans to “raise its minimum hourly wage for all employees to $ 15, and distribute a one-time bonus of $ 1,000 for more than 13,500 employees” following passage of the bill.

Meanwhile, at The Wall Street Journal CEO Council conference in November, most business leaders didn’t seem to have the same intention. When a moderator asked those present whether they would increase U.S. investment if the GOP tax bill passed, only a few raised their hands.

This story will be updated as it develops.