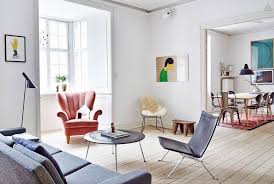 Airbnb Apartment Complexes Could Soon be Coming to the U.S.—Thanks to a $200 Million Investment

Airbnb (airbnb) has announced a $ 200 million investment that it says will help bring the home-sharing company’s branded apartment project to cities across the U.S.

Niido received the cash injection from real estate investor Brookfield Property Partners and the first $ 20 million is committed toward a 423-unit building in Kissimmee, Florida, which is already under construction.

“This is going to be part of the future of housing, not only in Florida, but also across the country,” Chris Lehane, Airbnb’s global head of policy and public affairs told Mercury News.

Newgard will build, fund, and retain 100% ownership of the Florida development.

Niido has three more communities slated to be built by the end of 2018, with areas in the Southwestern U.S. first in line. Lehane said San Francisco was “obviously a great potential area.”

The new projects will be built to facilitate home-sharing for tenants, landlords, and guests. Tenants who move in will be allowed to rent out the apartments for up to 180 days per year, as long as the landlord receives a percentage of the revenue. Each property will have a “master host” to oversee checking-in and cleaning, and apartments will be designed to include shared common spaces and keyless entry.

The framework is designed in part to help tenants afford rising costs of rent, according to Lehane. Some 46% of people aged between 25-34 who rent across the U.S. are “rent burdened,” with over 30% of their income going toward rent, according to a report by Harvard University’s Joint Center of Housing Studies.

“Many millennials struggle to afford the high cost of housing,” Lehane said. “Airbnb is not the solution, but I do think we’re part of a broader solution.”

The project also tries to establish an open relationship around the concept of home-sharing. As of now, many tenants sublet their apartments behind the backs of their landlords.

“99.99% of leases do not allow for subletting right now,” said Sean Conway, CEO of San Francisco-based property management startup Pillow, according to Mercury News. “These are leases that were put in place decades ago, before Airbnb was around.”

Airbnb has come under heavy legal scrutiny, including in Florida and elsewhere over noise and nuisance complaints and the effect on housing availability. The new initiative could be a way to bypass conflict around home-sharing.