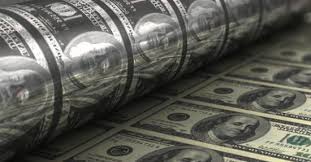 Did Goldman Just Tip Their Hand On A Massive Takeover?

Twitter’s stock surged more than 7% on Thursday and closed at it’s highest level in 14 months because a tweet sent out by Goldman’s CEO Lloyd Blankfein.

That tweet fueled speculation that Twitter is back in deal talks with Disney, with Goldman as it’s adviser.

The timing itself was a little interesting because it coincided with the completion of a Disney’s $ 52.4 billion acquisition of 21st Century Fox’s film and TV assets earlier in the day.

And they say I don’t know jack! pic.twitter.com/RkKgJdjnb0

The speculation provided a needed boost for Twitter’s stock which has lost almost 50% of its market value over the past 15 months.

The company has been dealing with declining revenue and slower growth for awhile.  It’s shares have started to recover, and this tweet sent the stock soaring.

Amid the fervor around Twitter’s stock, and looking past Thursday’s single-day share surge, traders are looking more bullish on the company going forward. Short interest — a measure of bets that a stock will drop — has declined by $ 32 million, or 44%, since hitting a high in April, according to data compiled by financial analytics firm S3 Partners.

In other words, bearish speculators are seeing less of a reason to bet against the stock, or protect against future losses.

Did you know trading options can actually be safer and more profitable than buying and selling stocks? Video and plain English training guide reveals how to get started tonight. 100% free.