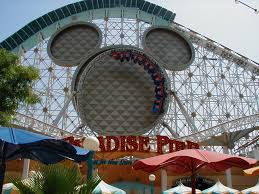 Walt Disney Co. Chairman and CEO Robert Iger stands to benefit—a lot. At the current share price and under a new employment agreement, Iger could receive as much as $ 142 million worth of stock, reports The Wall Street Journal.

The new agreement stipulates that Iger would receive stock “worth about $ 27 million at the current share price” in four installments between next year and 2021. Iger’s contract will also be extended through 2021. But the payday and new contract will only come if the deal closes.

Iger’s salary will receive a bump regardless of whether the deal comes through, though the increase could be even more significant if it does. From January 1, Iger’s base salary will jump from $ 2.5 million to $ 3 million, and could go up to $ 3.5 million if the acquisition of Fox is completed.

Once the deal is done, Iger’s annual target performance bonus will also be bumped up to $ 20 million, $ 8 million higher than his existing target bonus, reports The Journal. And his target long-term compensation award—a mix of stock and options—will be $ 25 million.

Read: What Disney’s Deal With Fox Means for Star Wars and Marvel

In comparison, Iger’s total compensation in 2016 was $ 43.9 million. Needless to say, the Fox deal will dramatically increase his total take home.