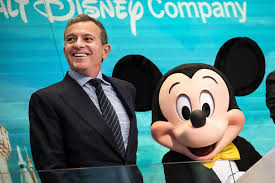 The Walt Disney Co. announced on Thursday that it would acquire much of, but not all of, 21st Century Fox Corp. in a long-rumored, $ 52.4 billion, all-stock deal that will shake Hollywood like an earthquake.

Disney, of course, is the company best known for Mickey Mouse, Pixar, and Marvel characters. Fox is known for the X-Men, Avatar, and The Simpsons, among many others. Pending regulatory approval, it is a marriage of two already large media giants as well as the combining of two of the “big six” storied film studios: Twentieth Century Fox (itself the combined entity of two classic studios) and Walt Disney Pictures.

(The Fox Broadcasting network and stations, Fox News Channel, Fox Business Network, FS1, FS2 and Big Ten Network are not part of the deal and will be spun off as a newly listed company.)

So why do a deal?
Because scale matters.

“The acquisition of these complementary assets would allow Disney to create more appealing content, build more direct relationships with consumers around the world, and deliver a more compelling entertainment experience to consumers wherever and however they choose,” reads the official statement announcing the deal.
Because franchises matter.

It’s no small detail that the X-Men, Avatar, Fantastic Four, Deadpool, and The Simpsons franchises, plus National Geographic and creative from FX Networks, are cited in the deal’s announcement. As platforms and business models change, the one constant for consumers are coveted brands that can be leveraged across different revenue streams. A Deadpool ride at Walt Disney World? Conceivable. A summer blockbuster featuring Wolverine and Thing? Entirely possible. And Disney is among the best at monetizing its brands.
Because geographic reach matters.

Disney’s acquisition of Fox’s interest in Hulu gives it majority interest in streaming-media player Hulu. It also allows Disney to apply streaming technology from BAMTech, an earlier acquisition, to Fox assets. Disney earlier made headlines for removing its content from Netflix in favor of distributing it through its own platforms; this deal reinforces that decision.
Because legacy matters.

After spending decades building up the former News Corporation, which in 2013 split into News Corp and 21st Century Fox, Rupert Murdoch, 86, is looking to slim down his empire and pass it on to the next generation.

Meanwhile Disney CEO Bob Iger, who took the job in 2005, had seemingly capped a remarkable run atop the Mickey Mouse company before it hit a rough patch in 2016, in part due to trouble at cash cow ESPN. (Slumping subscriber growth across the broader TV category didn’t help.) It was Iger’s “fearless” (in his own words) dealmaking for Pixar, Lucasfilm, and other assets that helped Disney become the modern media giant it is today; Fox is yet another attempt to leap forward.