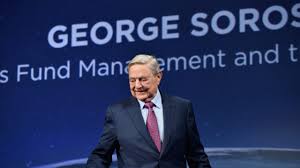 Hundreds of America’s wealthiest are begging Congress not to lower their taxes.

More than 400 American millionaires and billionaires have signed a letter made public this week, in which they urge Congress to raise, rather than cut, their taxes.

In the letter, the signatories ask Congress not to pass a tax bill that “further exacerbates inequality” and adds to the national debt. They note a concern that revenue loss “would lead to deep cuts in critical services such as education, Medicare and Medicaid, and would hamper our nation’s ability to restore investments in our people and communities.”

Furthermore, they note that the Republican tax plan would disproportionately benefit the wealthy, while adding at least $ 1.5 trillion in tax cuts to the current national debt. This deficit “would leave us unable to meet our country’s current needs and restrict us in advancing any future investments,” the letter continues.

Liberal group Responsible Wealth led the effort, gaining signatures from the likes of Ben & Jerry’s co-founders Ben Cohen and Jerry Greenfield, billionaire George Soros, philanthropist Steven Rockefeller, and fashion designer Eileen Fisher. The Washington Post notes many others who “aren’t household names” but have at least $ 1 million in assets are among the other signers.