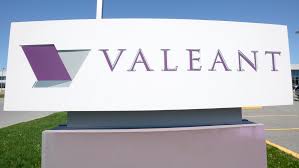 It’s not something that typically happens in M&A. A little more than two years after Valeant bought Sprout Pharmaceuticals, the maker of so-called female Viagra pill Addyi, for $ 1 billion, the beleaguered drugmaker is giving the company back to its original owners—along with an additional $ 25 million to cover startup expenses.

Valeant Pharmaceuticals (vrx) said Monday that it agreed to sell Sprout back to its former shareholders, but the deal is actually more of a giveaway: All Valeant will receive in return for Sprout is 6% of future sales of the female libido drug, starting around mid-2019, plus freedom from its remaining acquisition obligations and its legal fight with Sprout shareholders. Not only is Valeant collecting no upfront payment for divesting Sprout, it is actually the one paying, agreeing to loan Sprout $ 25 million to help get its operations up and running again.

The deal marks a spectacular failure of Valeant’s onetime acquisition strategy, as well as an incredible win for Cindy Whitehead, the co-founder and former CEO of Sprout, who now stands to make even more from the sexual dysfunction treatment she helped create than the $ 1 billion she initially sold it for.

Though Whitehead is not named as one of the shareholders acquiring Sprout back from Valeant, she had privately owned the company with her then-husband Bob Whitehead before selling it in the summer of 2015. The duo had raised $ 100 million from angel investors, Cindy Whitehead told Fortune at the time of the sale two years ago. “This was just such a huge moment for women,” she’d said then.

Under Valeant, Addyi hadn’t made the impact on women that Whitehead had hoped for. The pharmaceutical company had bought Sprout when Valeant stock was at its all-time peak, but just weeks after the acquisition it came under fire for price hikes involving other drugs. Within two months Valeant’s stock price had cratered upon revelations of accounting improprieties relating to the company’s use of a specialty pharmacy. By the end of the year, Valeant was blaming Addyi’s disappointing sales on the reluctance of female patients to take the drug as prescribed: 82% of Addyi prescriptions were going unfilled, the company said at its December 2015 investor day.

As Valeant’s problems got worse, leading to the ouster of its CEO and an aggressive turnaround plan that called for divesting assets to pay down debt, Addyi languished. Earlier this year, Valeant relaunched Addyi with a revamped marketing strategy, but that appears to have failed to revive the drug’s lackluster sales. The troubles left Valeant behind on its obligations to deliver a portion of Addyi profits to Sprout’s former owners. Halfway through 2017, Valeant marked down its Addyi assets to $ 836 million and still owed $ 421 million to the Sprout shareholders, according to the company’s latest earnings report. At the same time, Valeant warned that it might have to take a further “impairment charge” on the acquisition.

Almost exactly a year ago, an unnamed group of Sprout shareholders (potentially but not necessarily including the Whiteheads) sued Valeant for not following through on the terms of the merger agreement, including marketing obligations required as part of the deal. Addyi was on track to generate less than $ 10 million in sales in 2016, the lawsuit alleged.

Given the tiny amount of revenue that would represent, Valeant apparently deemed it cheaper to give Addyi away for next to nothing rather than spend money on marketing and on the costs of battling the Sprout shareholders in court. Valeant stock rose nearly 5% Monday on the announcement of the divestiture, but the company will likely take a hefty write-down on the original Sprout acquisition of as much as $ 1 billion or more.

Meanwhile, Whitehead—or whoever just retook control of Addyi—has gained unconstrained return potential on the sexual arousal drug for women, but also the responsibility of proving it can actually be a blockbuster hit.