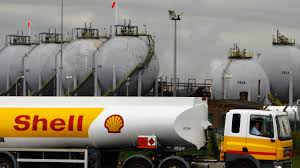 Royal Dutch Shellrds-areported a forecast-beating 47% profit jump to $ 4.1 billion on Thursday, driven by gains in oil refining and trading operations.

Cash flow from operations in the third quarter, however, fell by 11% from a year earlier to $ 7.58 billion, ending a run of six consecutive quarterly gains as cost-cutting measures taken have kicked in.

Third-quarter net income attributable to shareholders, based on current cost of supplies (CCS) and excluding exceptional items, was $ 4.1 billion. That compared with $ 2.8 billion a year earlier and a company-provided analysts’ consensus of $ 3.62 billion.

Leading oil companies have been adapting to a world of lower oil prices since the 2014 price collapse through deep spending and job cuts as well as divestments.

Shell and most of its peers are now able to generate profit with the oil price at about $ 50 a barrel and are once again focusing on growing their businesses.

this week revived share buybacks after a three-year hiatus in a sign that austerity had paid off.