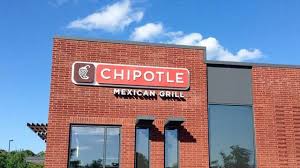 Chipotle Mexican Grill, Inc. (NYSE:CMG) released earnings for its third quarter after market close on Oct. 24, 2017, reporting strong earnings growth and an improvement in a number of important operating metrics.

Unfortunately, the burrito-maker’s revenue growth of 8.8%, same-store sales — also called comps — growth of only 1%, and the announcement that the company was substantially slowing its future plans for store expansion are weighing heavily on the stock in trading on Oct. 25. At this writing, just after noon EDT, Chipotle’s stock is down 15%, putting Chipotle’s share price at its lowest in almost five years.
1. Improvement from last year, but not last quarter

Chipotle reported sales of $ 1.13 billion in the quarter, 8.8% higher than the year-ago quarter while comps increased 1%, helping improve restaurant-level operating margin to 16.1%, up from 14.1% last year. This was a big reason why net income increased to $ 19.6 million, more than double last year’s $ 7.8 million result in the third quarter.

When factoring in the impact of two major non-recurring items, profits would have been even higher. The company said it was taking an $ 18.2 million charge related to the “data security incident” announced in April, and that the closure of hundreds of stores because of hurricanes Irma and Harvey cost more than $ 6 million in lost sales.

The numbers were generally better than they were last year, but Chipotle’s results went backwards from the second quarter:

The concern here is that Chipotle — in theory — should be delivering stronger operational results with each passing quarter. That wasn’t the case this time around.
2. Mother nature’s role in the quarter was measurable but temporary

Hurricanes Harvey and Irma played a measurable role in impacting Chipotle’s business results in the quarter, forcing the closure of well over 400 stores. Management said that in addition to the loss of $ 6 million in sales — which cost around 50 basis points (or 0.5%) of comps growth — the company also had $ 3.3 million in incremental expenses directly related to the hurricanes. This included paying employees even when restaurants were closed, charitable contributions to support recovery efforts, and repair and write-off expenses.

The storms have also wreaked havoc with avocados, sending prices up by double at one point and substantially impacting availability. CFO John Hartung said this cost the company about $ 0.19 in lost earnings per share in the quarter. The good news is that the Mexican avocado harvest is coming, and management expects prices and supply levels to return to normal soon.

Management also said that the impact of Irma and Harvey are proving to be temporary, with sales quickly recovering when stores reopened.
3. Should you worry about traffic and comps? Maybe

As much as the two major storms cost lost sales and higher expenses, there was evidence that even when adjusting for those things, Chipotle’s recovery efforts have stalled. On the earnings call, Hartung said that the 1% comps growth was artificially boosted by revenue the company recognized related to last year’s “Chiptopia” sales promotion. Adjusting for that revenue, comps were flat in the quarter.

To sum it up, the company’s sales growth was essentially all a product of new store openings, and higher prices in some markets offsetting what could be — based on the math — a small decline in traffic. When questioned about this on the call, Hartung was cagey in his response:

If you look at just the pure math, the traffic is down a bit and the check is up a bit. But the problem is we were in a heavy promotional period. We had “Love Story” where customers can earn the opportunity to get free food or buy-one-get-one (free), and so that looked artificial to me. So, there’s nothing I can give you meaningful in terms of what the real underlying traffic is, and what the real underlying check is. I think as we move away from comparing against this extremely high promotional period, we’ll be able to see what kind of the normal underlying traffic trends and average check trends are.

Either way you slice it, Chipotle’s traffic appears to have fallen, and that’s something investors should at least keep a close eye on. The company did have serious promotional activity going on, and while that could have impacted revenue, one would expect it to drive higher traffic.

Hartung did offer some insight on how comps changed during the quarter. He said during the first half of July comps were up 4.5%, but declined 2.25% from mid-July through Sept. 11 when the company first launched queso. From the Sept. 12 through the end of the month, comps were up 4%, and have run in the 2% to 3% positive range in October. (Note: These comps exclude stores closed due to Hurricanes Irma and Harvey.)

So what happened to cause comps to turn sharply negative during the bulk of the quarter? More food safety scares, following a norovirus outbreak in a Virginia location on July 15 appear to be the biggest culprits. The good news is that the launch of queso seems to have been enough of a conversation changer to bring customers back.

Here’s where the potentially concerning part comes in. When elaborating on the impact of queso so far in the current quarter, Hartung said about 15% of customers are adding queso to their orders, and this is driving “most of the added comp” in the quarter. In other words, queso may be boosting comps as more people buy it, but it doesn’t seem to be driving higher traffic.
4. New store expansion is being slowed sharply (and that’s probably good)

Chief Restaurant Officer Scott Boatwright said the company’s renewed focus on simplifying its restaurant operations and helping refocus its managers on the most important things let the executive team to decide the best course of action was to slow the pace of new store openings “for the next 12 to 18 months before reaccelerating our growth.”

The company has already slowed its pace, announcing in the earnings release that full-year expansion would fall slightly below the low-end of the prior range of 195 to 210 new locations, but will further slow expansion in 2018 to a range of 130 to 150 new restaurants. This would be the slowest rate of expansion for the company in years.

But with mixed public reception of queso that could limit its ability to drive comps growth, a lack of traffic growth in recent quarters, and another food safety scare over the summer after the company had spent millions on new processes and training, it’s evident that the company isn’t executing in the same way it was even two years ago. If that means it needs to take its focus off expansion and invest more resources in “fixing” whatever is keeping customers from coming back at prior levels, investors should probably want to see that happen.
Looking ahead: Chipotle remains strong and profitable, but the prospects are far from clear

For years, Chipotle’s “Food with Integrity” motto, the quality of its food, and the solid execution of its restaurants delivered incredible growth. But over the past two years, the company has struggled to rediscover the magic formula after an E. coli outbreak in multiple restaurants and then an unrelated norovirus incident a few months later sent customers running for the exits. Comps are still well-below the prior peak, and new locations aren’t delivering the same level of sales after opening as before the 2015 incidents.

Since then, the company has made multiple executive and board changes, and invested in new processes, food safety equipment, technology, and training for restaurant employees. Chipotle says it’s rolling out higher prices to all of its restaurants after testing higher prices in about 500 locations.

That should help boost comps, but Chipotle’s biggest problem remains bringing in more customers. If slowing the pace of growth to invest more resources in existing restaurants leads to bringing people back to Chipotle, it’ll be well worth it for long-term investors.

It’s going to take time to find out if it does pay off or not. If you’re a shareholder, that means riding out more uncertainty while the company tries to fix it’s traffic problem.

Editor’s note: A previous version of this article omitted the decimal point in Q2 revenue in the table. The Fool regrets the error.