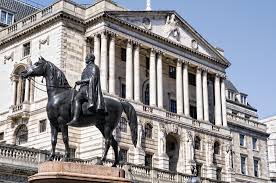 The Bank of England Has Way Too Many White Men, U.K. Lawmakers Say

The Bank of England has way too many white men at the top, a U.K. parliamentary committee has warned.

The House of Commons Treasury Committee, through which the Bank of England maintains its accountability to Parliament, on Thursday wrote to Chancellor Philip Hammond to express concerns about “diversity at the most senior levels” at the central bank.

The letter followed the appointment of Silvana Tenreyro as the Bank’s deputy governor and as an external member of its monetary policy committee.

“The [Treasury] Committee would like specific confirmation that all efforts are being made to encourage as diverse a range of candidates as possible,” wrote Nicky Morgan, a member of Parliament and the committee’s chair.

Morgan asked the Treasury to publish recent historical data about appointments to the Bank’s monetary and financial policy committees, including a “breakdown by gender of applicants at each stage of the process,” and demanded confirmation that the Treasury’s recruitment processes follow best practices for “increasing the gender and ethnic diversity of representation.”

Read This: This Major Currency Will Still Contain Animal Fat Despite Protests

“In future, the Committee expects to be provided, prior to its appointment hearings, with diversity data on the candidates applying to the associated position,” the letter read. One member of the committee told the Financial Times that, “if we do not see an improvement, this is a message that we will block a future appointment.”

The Treasury told Fortune in a statement: “Our recruitment process is fair and open for senior appointments to the Bank of England but we recognize there is still more to do to improve diversity.”

It said Hammond would respond to the committee with the requested data, adding that the Bank of England aims to have 35% female staff in senior roles by 2020.