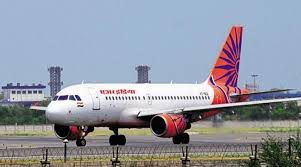 India would prefer selling state-owned Air India to a domestic buyer, a government source told reporters on Monday, as it finalises the privatisation process.

Earlier this year the government said it would sell its stake in the loss-making airline but it has yet to decide what to do with the carrier’s debt burden of $ 8.5 billion.

The government is mulling selling the airline’s various businesses – which include ground-handling, domestic operations and international flights – in parts, the source said.