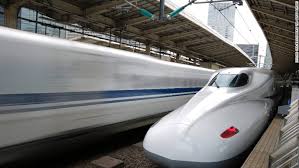 The scandal came to light Sunday, when Kobe Steel said employees had falsified data about the strength and durability of thousands of tons of aluminum and copper parts sold between September 2016 and August 2017. They did not meet specifications agreed with customers.

Central Japan Railway(CJPRY), which operates high speed trains between Tokyo and Osaka, found aluminum parts used in the truck — the part that connects the wheels to train cars — failed to meet company standards, said spokesman Atsuo Utano. A total of 310 tested parts were found to be substandard.

Both companies said the components do not pose any safety risks, and that they are considering replacing them during routine maintenance.

Subaru(FUJHF) has also confirmed that it bought affected products. Subaru and Mitsubishi are major suppliers to Boeing (BA).

A Boeing spokesman has said the company was inspecting its supply chain for any substandard components. Ford (F) and GM (GM) said Thursday they are investigating any potential impact.

The fallout will likely continue. Kobe Steel President and CEO Hiroya Kawasaki told reporters on Thursday that there may be other cases in which data has been fabricated.

The Japanese government is demanding answers.

A government spokesman told CNNMoney that the Ministry of Economy, Trade and Industry has ordered Kobe Steel “to report the result of safety checks within around two weeks, and conduct a thorough investigation of the reason for data fabrication and prevention measures within a month.”