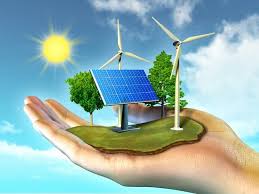 India wants foreign investors for $300 billion worth of energy projects

India wants to attract foreign investors to $ 300 billion worth of energy projects planned for the next decade, its oil minister said, as the world’s third biggest oil consumer aims to cut imports.

India ships in about 80 percent of its oil needs, which Prime Minister Narendra Modi wants to reduce to 67 percent by 2020. The planned projects will include increasing the country’s refining capacity, oil and gas block exploration, and developing gas infrastructure, including for transporting LNG and regasification.

“In the next 10 years, India will offer projects worth $ 300 billion” to foreign companies keen to invest in the country, Oil minister Dharmendra Pradhan told an energy conference in New Delhi on Tuesday.

India’s oil and gas output has been stagnant for years while its fuel demand has risen with economic expansion, hitting federal finances with an import bill worth billions of dollars.

Modi’s government has been taking steps to unlock the country’s vast energy reserves and boost foreign investment in the sector and has relaxed rules, including on pricing and marketing.

Encouraged by the reforms, BP and Reliance Industries this month announced a plan to invest $ 6 billion to revive a deepwater gas field off the country’s east coast.