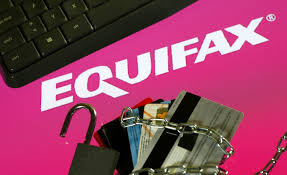 How Equifax Is ‘Making Millions of Dollars Off Its Own Screwup’

Just three weeks before Equifax disclosed a colossal data breach that compromised the data of more than 145 million people, its then-CEO Richard Smith gave a speech in which he declared that “fraud is a huge opportunity for us.”

Now, Senator Elizabeth Warren (D-Mass.) is making Equifax efx and its former CEO rue those words. A day after berating Wells Fargo CEO Tim Sloan over the bank’s own scandal with phony accounts, Senator Warren took aim Wednesday at Smith, who retired as CEO of the credit reporting agency last week in the wake of the Equifax breach.

Smith faced Congress for the second day in a row to offer his testimony on the massive hack, part of a three-day schedule of hearings on Capitol Hill.

Quoting Smith’s earlier comments, delivered at the University of Georgia business school in August, Warren, an outspoken consumer watchdog, accused him of not only injuring Americans affected by the Equifax breach, but of profiting off their plight.

After Smith conceded that the Equifax hack had increased the likelihood of fraud, the Senator used his own words against him: “So the breach of your system has actually created more business opportunities for you,” Warren said Wednesday at a hearing of the Senate banking committee.

For one, Warren pointed out, 7.5 million people have signed up for the free year of credit monitoring that Equifax offered following the breach, but after that, they will have to pay Equifax $ 17 a month to continue the service. If just one million of those people opt to do so, it amounts to an additional $ 200 million in revenue for Equifax, Warren said. If they all do, Equifax stands to make more than $ 1.5 billion extra.

What’s more, LifeLock, an identity theft protection company, has said that enrollments for its service have increased 10-fold since the Equifax breach, with more than 100,000 signing up within just the first week after the hack was disclosed. But LifeLock, whose protection plans cost up to $ 29.99 a month, buys its credit monitoring service from Equifax—meaning that Equifax is still getting a cut of those sales, Warren said.

“You’ve got three different ways that Equifax is making money, millions of dollars, off its own screwup,” the Senator said at the hearing.

The third way Equifax may benefit, Warren explained, is through the products it sells to government agencies to help them with identity verification, something that could be all the more important if the breach leads to greater identity theft, as expected. For example, it was also revealed Wednesday that the IRS just signed a new $ 7.25 million contract with Equifax in September, after the breach was announced.

In short, the Senator argued, Equifax has far more to gain from its data breach than it does to lose, with the average victim of a data breach receiving a payout of just $ 2 in restitution, she said.

“Consumers will spend the rest of their lives worrying about identity theft,” Warren continued. “But Equifax will be just fine—heck, it could actually come out ahead.”

Equifax’s former CEO Smith will continue his testimony on Thursday when he appears before the House Financial Services Committee at 9:15 a.m. E.T.