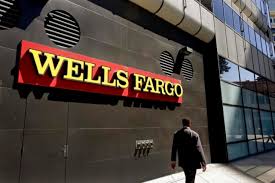 Wells Fargo CEO Timothy J. Sloan told senators during a combative hearing on Tuesday that the bank will continue to require customers affected by the company’s fake account scandal and any other wrongful actions to settle disputes through arbitration, blocking them from filing class action lawsuits.

The Senate Banking Committee summoned Sloan to answer questions about reforms at Wells Fargo and new revelations that employees created nearly 70% more fake accounts than previously thought. Last year, Wells Fargo became one of the biggest corporate scandals of 2016 when it admitted that employees in its community banking division—under pressure to sell customers multiple products—had opened 2.1 million fraudulent deposit and credit card accounts. The bank has since uncovered an additional 1.4 million unauthorized accounts, bringing the total to 3.5 million.

The bank’s reliance on forced arbitration—a clause contained in the fine print of contracts that customers sign when setting up an account, credit card, or other financial product—came up several times in the hearing.

Sen. Sherrod Brown (D-Ohio), the ranking member of the committee, pressed Sloan to end the practice because it “prevents customers from having their day in court.”

“Many of your competitors are starting to, or have eliminated, the practice of forced arbitration,” said Brown, who has introduced legislation that would allow victims of Wells Fargo’s fraud to file lawsuits even if they signed contracts with arbitration clauses for legitimate accounts in the past.

“Would you commit to the committee today that Wells Fargo will quit using forced arbitration?” Brown asked.

Sloan responded: “No, I won’t senator.”

“When I hear the word ‘arbitration,’ what I hear is the word ‘failing,’” Sloan said, characterizing arbitration as an early warning system for the bank. “When we have to resort to and have to have a conversation with our customers about arbitration it means that we don’t have the right product, we haven’t provided it in the right way, we haven’t responded to their complaint.”

Brown argued that forced arbitration gives the advantage to the bank. “Why should we believe that you’re committed to changing your bank’s practices and being fair to customers when you continue to use that behind-closed-doors arbitration system that clearly doesn’t allow customers their day in court?” he said.

Sloan defended the practice, listing the oft-cited upsides of arbitration: it’s a faster, more cost-effective, and efficient way to resolve disputes with consumers.

Forced arbitration has a real impact on the millions of customers who had fake accounts opened in their names by Wells Fargo employees. At the same time, there is an underlying subtext in the exchange between Brown and Sloan that hints at a larger fight brewing in the Senate.

In July, the U.S. Consumer Financial Protection Bureau released a new rule after a two-year study that blocks companies from forcing consumers to go to arbitration instead of filing class action cases. The final rule doesn’t ban arbitration altogether.

Still, Republican lawmakers and business organizations, such as U.S. Chamber of Commerce, are critical of the rule. GOP senators are working on bringing legislation to the floor that would rescind it.