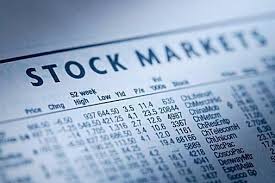 GM Worth More Than Tesla As Stock Hits Record High

General Motors stock surged to an all-time high for the second day in a row Tuesday, as its plan to launch 20 new electric cars fueled a wave of bullishness on Wall Street.

Since the Detroit-based automaker announced Monday that it would roll out a spate of all-electric vehicles by 2023, GM stock has risen 7.5%, closing Tuesday above $ 43.40 a share. Before this week, the last time GM gm shares had touched a record high was nearly four years ago, in December 2013, when they traded at $ 41.53 apiece.

After Tuesday’s 3% gain, GM was worth more than $ 63 billion—greater than rival electric carmaker Tesla tsla , which had a market value of $ 58 billion.

In April, Tesla had surpassed GM for the first time in market capitalization to become the most valuable American automaker. But GM reclaimed that throne last week, and it widened its lead over the past couple of days as investors recognized its potential to compete with Tesla in the burgeoning market for affordable electric cars.

Not including luxury vehicles, GM’s Chevrolet Bolt EV is currently the top-selling pure electric car, with a starting price of about $ 37,000 and a battery that can last up to 238 miles on one charge. Tesla, whose new Model 3 starts at $ 35,000—competing head-to-head with the Bolt EV—said Monday that it had only managed to deliver 220 of the cars so far, well below expectations. (The standard-battery model of the Tesla Model 3 also doesn’t travel quite as far on a single charge as its GM counterpart.)

GM’s intentions to build on the Bolt’s success won over several Wall Street analysts. Bank of America Merrill Lynch, for one, upgraded its rating on GM stock from neutral to “buy,” and raised its price target to $ 57 a share. “The key reason for our more constructive view on GM is that the company now appears to be taking the future more seriously,” the analysts explained in a note Tuesday.

“The technology in the Bolt is impressive,” the analysts added. “We believe it was aimed to compete with, and in some ways front-run, the Tesla Model 3.”

Still, investors maintained optimism for Tesla as well. Although Tesla stock fell Tuesday morning following the disappointing production and delivery numbers, it bounced back later on, finishing the day up nearly 2%.