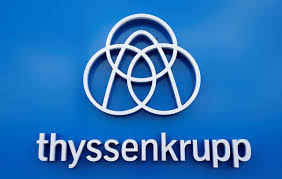 Thyssenkrupp (TKAG.DE) will guarantee that workers will be equally represented following the planned merger of its European steel operations with Tata Steel’s (TISC.NS), its chief executive told a German newspaper.

“German steelworkers will keep their co-determination just the way it is today,” Heinrich Hiesinger told Bild.

Co-determination in the coal and steel industries ensures equal numbers of labour and capital representatives on a company’s supervisory boards and is seen as key to win over workers that fiercely oppose the deal.

Hiesinger confirmed that job cuts in Germany would not exceed 2,000 if the joint venture goes ahead, but could not rule out further job reductions, saying it was unclear what would happen “in five or ten years”.