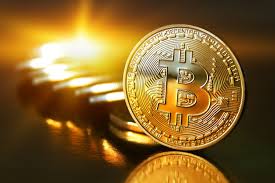 Bithumb, one of the world’s biggest exchanges for cryptocurrencies such as Bitcoin and Ethereum, added support for a new cryptocurrency on Tuesday.

Based in South Korea, Bithumb listed Zcash, a privacy-centric digital money based on a blockchain, a public accounting ledger that tracks virtual currencies, allowing people to buy and sell them without the need of a middle-man like a bank. Zcash is similar to Bitcoin and Ether, the most popular cryptocurrencies, in that it consists of a network distributed across a global swarm of volunteer machines, except it affords greater anonymity to transactions. (For a primer on Zcash, read this.)

Bithumb’s addition of Zcash comes a day after CEX.io, another cryptocurrency exchange based in England, added support for the cryptocurrency.

South Korea has become a hotbed for cryptocurrency activity, despite a recent crackdown on “initial coin offerings” or ICOs, a financial mechanism that allows entrepreneurs to mint their own virtual coin-like token and sell them through crowdsales. China recently banned ICOs, while the U.S. has taken a more tailored approach, where SEC regulators have called out particular scams.

Bithumb was rumored to be adding Zcash for at least a week leading up to Tuesday’s announcement. In the days leading up to a Sept. 28 report anticipating the news on BTCNews, an outlet devoted to cryptocurrency coverage, the market value for Zcash shot up more than 70% to nearly $ 400 per Zcash token, though the price has since fallen back down to around $ 240.

David Lim, global business development manager at Bithumb, told Fortune in an email that the exchange takes multiple factors into consideration when deciding whether to add a new cryptocurrency. “Bithumb considers the coin’s Security, Technology, and Investment worth when listing a coin,” Lim wrote. He said that Zcash had met their criteria, noting that “its technology provides the strongest reason.”

Zcash differs from other cryptocurrencies in its use of “zero knowledge proofs,” a cutting edge cryptography concept that uses nifty mathematical functions to conceal certain information related to transactions, like the identity of the payer and payee as well as the amount paid. The technology is still very new and, therefore, still undergoing testing.

Zcash boosters say the cryptocurrency is compelling because it allows people to transact without requiring them to post all of their financial details in public. The virtual currency also attempts to solve the problem of fungibility, treating every Zcash token like every other Zcash token, regardless of their provenance. (In Bitcoin, one could imagine a scenario in which an exchange or government censors transactions based on where they originate or get sent.)

This summer Bithumb disclosed that hackers had pillaged tens of the thousands of dollars as well as personal information of customers from its servers. The breach was not as disastrous as the infamous Mt. Gox hacking in 2014, which resulted in that exchange’s closure.

For more on Zcash, watch the below interview with Nathan Wilcox, project manager at Zerocoin Electric Coin company, makers Zcash, which Bithumb recently posted to its official YouTube channel.

This article is part of Fortune’s new initiative, The Ledger, a trusted news source at the intersection of tech and finance. Click here for more on The Ledger.