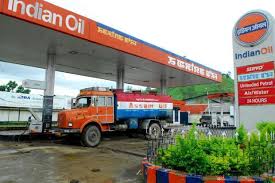 The government on Tuesday cut excise duty on petrol and diesel by two rupees a litre to protect retail consumers from higher global crude oil prices, a move analysts said could widen the country’s fiscal deficit.

The cut in the petrol and diesel duties will cost 130 billion rupees ($ 1.99 billion) over the next six months, the finance ministry said in a message on Twitter.

Prime Minister Narendra Modi, who faces state elections in his home state Gujarat later this year, has been criticised over a rise in retail petroleum prices.

Since Aug 1, retail prices for petrol have gone up 8.4 percent and diesel by 6.4 percent in New Delhi.

“The cut in excise duty has modestly increased the likelihood of fiscal slippage this year,” Aditi Nayar, an economist at ICRA, the India arm of credit rating agency Moody‘s, said.

Analysts have warned that India’s deficit could widen to between 3.5 percent to 3.7 percent of gross domestic product in the current fiscal year ending in March 2018, against an estimate in the budget of 3.2 percent.

India’s economic growth slipped to 5.7 percent in three months through June, the lowest in three years while the government looks for ways to stimulate the economy.

India reported a fiscal deficit of 5.25 trillion rupees ($ 80.42 billion) for April-August or 96.1 percent of the budgeted target for the current fiscal year that ends in March 2018.