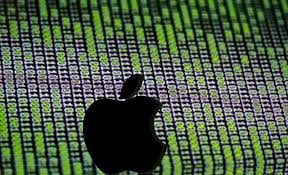 Apple views itself as a fabulous growth machine, the fount that will pour forth the most innovative, best-selling products in tech for years to come. Investors have a starkly different take. Right now, they’re pricing Apple (aapl) as a dull plodder, a deep value stock with poor prospects for firing up sales and earnings—the iPhone notwithstanding.

In one sense, that’s hard to believe. After all, the stock—despite the recent selloff driven by disappointing sales of the new iPhone 8—has surged 33% this year, adding $ 200 billion in value, and prompting predictions that the Colossus of Cupertino will soon boast the world’s first $ 1 trillion market cap.

But don’t confuse that spike in the share price with a surge in optimism about Apple’s future growth. The proof: The recent run has lifted Apple’s PE ratio to just 17.5, significantly below the S&P average of well over 20. A low multiple means that investors aren’t expecting their gains to flow from rapidly rising profits, driven by reinvesting earnings at high rates of return—Warren Buffett’s ideal. They’re buying the stock for the cash it hands them in dividends and buybacks. In their view, Apple is a mature slowpoke that can’t find much to profitably invest in, so it’s best choice is to pay out everything it earns.

And that’s just what Apple is doing. Apple’s fiscal year ends in September, so to include the most recent reported results, let’s examine its financials for the past four, four-quarter periods, ending with the 12 months running from June 2016 to June 2017. When we do so, three salient points stand out:

The first point is that Apple hasn’t shown consistent earnings growth. Its profits peaked at $ 51 billion for the four quarters ended mid-year 2015. Year-over-year to June 2017, earnings fell 2.6% to $ 46.6 billion.

Second, Apple is effectively conceding that profitable places to invest are hard to find. From June 2013 to June of this year, it earned a cumulative $ 184 billion, and paid out almost precisely that amount, $ 185.3 billion, in dividends and buybacks. Its capital expenditures appear to be what’s known as “maintenance,” rather than”growth,” capex. Apple is apparently spending just what it needs to keep its current factories and plants in good shape, but not pouring capital into new facilities to drive growth.

Third, Apple is spending substantial, and increasing, amounts on R&D. On an annualized basis, its research outlays are now running at around $ 12 billion a year, twice the figure of four years ago. Yet all that spending isn’t creating the kinds of hits that propel earnings. Sure, in recent years Apple has launched popular products, but its flat earnings show that they’re offset either by duds, or older hits on a downward slide. A case in point, of course, is the so-far disappointing reception to its new iPhone 8.

All of this doesn’t mean Apple is a poor buy. On the contrary, it’s appealing mainly because it’s cheap. If Apple’s earnings simply wax with inflation at 2% a year—in other words, display zero growth in real terms—and it keeps on paying all profits in dividends and buybacks, investors will reap annual gains of around 8% a year, a good number when 10-year Treasuries are paying just 2.3%.

The danger, of course, is that Apple won’t be able raise its already gigantic profits at all. It’s earning a remarkable 27% on every dollar in sales before taxes, and that lush profitability makes the iPhone a fat targets for competitors. The best forecast for Apple is the one investors are voting for with their dollars. In their view, Apple is a former dynamo that’s now a humdrum but reliable cash machine.