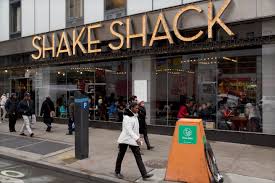 Shake Shack founder Danny Meyer is getting into the private equity business.

The New York restaurateur has raised $ 220 million in the fund, called Enlightened Hospitality Investments LP, according to The Wall Street Journal.

The fund was set up in July of last year, and will invest in companies beyond the restaurant industry that share Meyer’s “employee-centric focus.” Meyer told the WSJ that he saw the fund as “an opportunity to step out of the restaurant” world.

Meyer first made his name with Union Square Cafe, which opened in 1985, followed by Shake Shack in 2004. But Meyer, whose other businesses include Gramercy Tavern and Maialino, really made waves when he decided to eliminate tipping at his full-service restaurants last year. The practice seeks to ensure that all staff and not just servers are appropriately compensated, in turn improving the customer experience as well.

Meyer’s fund will look to invest in other companies that share his forward-thinking approach, conforming to the “enlightened hospitality” model. To date, the fund has invested in Salt & Straw Ice Cream, a West Coast ice cream chain, and Resy Network, a restaurant booking app. According to the WSJ, Meyer’s Union Square Hospitality Group’s (USHG) investment in New York coffee chain Joe Coffee is also coming from this new fund.

Enlightened Hospitality Investments will reportedly make investments in the $ 10-20 million range and is run by USHG.