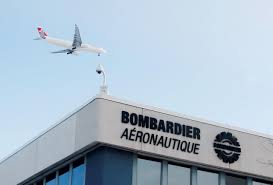 Bombardier Inc has finalized a deal to sell up to 50 Q400 planes to India’s SpiceJet valued at $ 1.7 billion by list prices, its largest single order to date for the turboprop plane, the Canadian company said on Friday.

The deal for 25 turboprops and another 25 options gives a needed boost to the company’s Q400 program, following recent lackluster demand, sending shares up 3 percent on Friday.

The company has had a challenging week. On Tuesday, the U.S. imposed preliminary anti-subsidy duties that would effectively block Bombardier jet sales in a key market if upheld.

The stock fell 14 percent on Wednesday on prospects for growth in its core units, putting it under pressure to find new markets for its jets and a potential new train partner.

For turboprops, the Canadian plane-and-train maker is trailing its European rival and market leader ATR, which controls about 75 percent of the market and is co-owned by Airbus SE and Leonardo SpA . Brazilian rival Embraer SA also said this month it would consider returning to the prop market.

The SpiceJet sale was announced as an initial letter of intent in June, and is Bombardier’s first order for a 90-seat version of the aircraft, up from the current largest model which has been configured with 86 seats.

Plane makers are being asked to pack more seats into aircraft to lower costs per seat and a 90-seat Q400 would be especially attractive for regions such as the Asia-Pacific, a turboprop industry source who does not work for Bombardier said.

“This is a big deal for them,” said the source, who spoke on condition of anonymity because he is not authorized to talk to the media. “I don’t think a 90-seater is for every market, but there’s certainly a market for it.”

Passengers in North America typically want more space when they travel and the Q400 is configured with up to 78 seats for that market.

Canada has previously contested Brazil’s complaint in the WTO trade case which could drag on for years.

Reporting by Allison Lampert in Montreal and Yashaswini Swamynathan in Bengaluru; editing by Patrick Graham and Susan Thomas