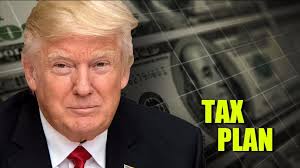 With so many missing pieces, President Donald Trump’s tax plan is what you make of it.

He’s selling it as a relief package for the middle class. Democrats assail it as a sweet treat for the rich that slams everyone else.

And until Congress does the heavy lifting and fills gaping holes, no one is going to know the full picture.

Even so, some misfires could be discerned in the rhetoric that flew Wednesday when Trump came out with his plan.

A look at some:

The Facts: Actually there’s a clear and substantial benefit for people of super wealth: the proposal to eliminate the estate tax. Under current law, the first $ 11 million of an estate is exempt for a married couple, meaning only the wealthiest Americans pay it. Those super-rich would be off the hook. Also, business owners who report business income on their individual returns—as most do—would see their top tax rate drop to 25% from 39.6%.

Some of Trump’s claim rests with the administration’s own unique accounting. The administration has said it isn’t including the estate tax when making calculations about which income groups would benefit from the plan. Nor is it clear how Trump officials are weighing the benefits of the lower corporate taxes—which would primarily help investors.

More generally, the plan has so many holes—left for Congress to fill in—that a full picture of who gains the most cannot be drawn at the outset. The plan could well benefit both the rich and the middle class, at the cost of national debt, but that remains to be seen.

The Facts: True, but it wasn’t much of a cut.

The measure the vice president signed into law as Indiana governor in 2013 took effect in stages, gradually lowering the state’s income tax rate to 3.23% this year from 3.4%.

That amounts to about $ 85 in savings a year for someone making $ 50,000 in taxable income, according to data from Purdue University economist Larry DeBoer, who has studied Indiana tax policy for about 30 years.

The only other income tax cut in state history was a 0.1 percentage point reduction in the 1970s, according to DeBoer’s data. That rate was raised during the 1980s to 3.4%—where it remained until Pence won the new cuts.

Sen. Chuck Schumer, Senate Democratic leader: “Each of those proposals would result in a massive windfall for the wealthiest Americans and provide almost no relief to middle-class taxpayers who need it the most”—Senate remarks.

The Facts: “Each” is a stretch, given the scarcity of detail. He’s referring to the proposed elimination of the estate tax, rate cuts on the top tier and on business income reported on personal returns, and an increase in the lowest income tax rate.

But he’s playing without all the cards, just as Trump does when making the opposite argument that the rich won’t benefit. The income levels at which the new tax rates would apply are not specified and there are no credible distribution tables showing how various income groups would fare.

Middle-income people could benefit substantially from lower tax rates and a near doubling of the standard deduction to $ 12,000 for individuals and $ 24,000 for families. But they might not, because they would lose many deductions. It depends in large measure on how the tax tables are drawn.

Trump on the estate tax: “The farmers in particular are affected” — Indiana speech.

The Facts: That assertion appears to be at odds with statistics. Only 1.7% of family-farm estates were required to file an estate-tax return in 2016 and only 0.4% ended up owing the tax, according to an analysis by the Agriculture Department. Overall, the very rich are affected in particular.