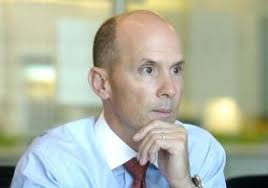 The CEO of Equifax is retiring from the credit reporting bureau with a pay day worth as much as $ 90 million—or roughly 63 cents for every customer whose data was potentially exposed in its recent security breach.

Richard Smith, 57, is the third Equifax executive to retire under pressure following the company’s massive data breach revealed earlier this month, putting the personal information of as many as 143 million people at risk.

Equifax (efx) said Tuesday that as a condition of Smith’s retirement, he “irrevocably” forfeits any right to a bonus in 2017, an amount that under normal circumstances would have totaled more than $ 3 million—the bonus he received in 2016—according to the company’s retirement policy.

But the CEO is still set to collect about $ 72 million this year alone (including nine months’ worth of his $ 1,450,000 salary), plus another $ 17.9 million over the next few years. That’s when the rest of Smith’s stock compensation hits a few important milestones or “vests,” allowing Smith to essentially put it in his bank account. Altogether, it adds up to a total potential paycheck of more than $ 90.1 million, according to Fortune’s calculations based on Equifax securities filings.

After all, the main benefit of Smith retiring from Equifax, as opposed to being fired for cause—besides preserving his dignity—is that he’ll get to continue earning his unvested stock compensation, including options and performance-based awards, as though he were still working at the company, according to Equifax policy. That perk, however, could still be revoked.

In announcing Smith’s retirement, Equifax said it reserved the right to change the “characterization of Mr. Smith’s departure” following the completion of an independent review of the data breach and the company’s handling of it. That means that if the review finds fault with Smith’s actions leading up to and following the hack, Equifax could still retroactively switch his official reason for leaving from “retired” to “fired.”

That’s what happened last year with former Wells Fargo executive Carrie Tolstedt, who led the company’s community banking division responsible for the creation of millions of phony accounts. Several months after Tolstedt announced her voluntary retirement in July 2016, Wells Fargo decided to terminate her employment for cause.

In Tolstedt’s case, Wells Fargo (wfc) also later recouped tens of millions of dollars in compensation from her and former CEO John Stumpf through so-called “clawback” practices. But it’s not clear Equifax CEO Smith’s pay would be similarly vulnerable. While Wells Fargo had broad clawback provisions in place, Equifax’s policy only specifies that it can seek clawbacks “in the event of a material restatement” of its financial results, and if it determines that an employee’s “misconduct” contributed to such a restatement.

While Equifax’s data breach is expected to impact its financial results going forward (given the anticipated legal costs and other expenses), the hack, which was discovered at the end of July, is unlikely to have an effect on previous financial reports.

And even if Smith is ultimately fired for cause, he’ll still get to keep much of the paycheck he is owed anyway. For starters, Smith, who has been the CEO of Equifax since 2005, has accumulated about $ 18.5 million in retirement benefits that he’ll receive no matter what. Then there’s the Equifax stock he owns that was worth about $ 23.6 million as of Tuesday’s market close, which Smith is now free to sell as he pleases now that he’s no longer CEO. And that’s on top of the stock he already dumped earlier this year for proceeds of nearly $ 19 million (before taxes). Add to that his prorated salary of more than $ 1 million, and the total still comes to almost $ 62 million.

On the other hand, if Smith ends up just retiring as planned, there’s one other reason that could put some of his compensation at risk: If Equifax’s stock price, which has fallen more than 25% since the company announced the breach, fails to recover. Of Smith’s total $ 90 million paycheck, nearly $ 22 million is performance-based compensation tied to Equifax’s three-year stock performance, and Smith won’t receive the full amount for which he is eligible unless Equifax’s stock significantly outperforms the S&P 500 over that time period.

Either way, Smith himself seems resigned to his fate. “The cybersecurity incident has affected millions of consumers, and I have been completely dedicated to making this right,” he said in a statement announcing his retirement. “At this critical juncture, I believe it is in the best interests of the company to have new leadership to move the company forward.”