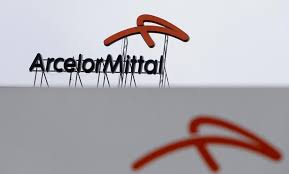 State-owned SAIL said any such buyout by the world’s top steelmaker, controlled by billionaire Lakshmi Mittal, could violate its exclusive partnership arrangement for manufacturing steel for cars, the document seen by Reuters showed.

ArcelorMittal and SAIL signed their preliminary agreement in 2015 but there has been little progress due to disputes over terms. Earlier this month, the steel ministry drafted a status report for Prime Minister Narendra Modi’s office which shows the two are nowhere near close to ironing out their differences.

“ArcelorMittal’s stance has undergone significant change during July-August 2017 and that ArcelorMittal has opened up some of the previously agreed issues,” the report said, citing SAIL’s objections at a meeting last month.

India, the world’s fastest growing steel market, is banking on the partnership to cut imports of auto-grade steel, which mostly come from Japan and South Korea.

ArcelorMittal, however, has been scrutinising debt-ridden Bhushan Steel Ltd and Essar Steel for a possible buyout, according to two sources familiar with the matter.

The Luxembourg-based company, known for turning around troubled steel assets, is looking for a foothold in India.

SAIL, which has been in the red for nine straight quarters, hopes the joint venture will allow it to compete with local rivals such as JSW Steel and Tata Steel.

ArcelorMittal and SAIL did not respond to requests for comment.

SAIL has argued that ArcelorMittal’s stance over non-compete and exit clauses has further stalled discussions.

India’s think-tank NITI Aayog, chaired by Modi, which has been mediating talks over the delayed venture, proposed an exit clause of more than 10 years, with the firm choosing to leave giving the right of first refusal to the other company.

Both companies are negotiating to extend the preliminary agreement by six months after the first three-month extension lapsed on Aug. 21, the document showed.

The two companies have also not finalised a location for their plant and have been in talks with the state governments of Andhra Pradesh, Gujarat and Maharashtra.

Bhushan and Essar Steel are among 12 of the country’s top loan defaulters that lenders have taken to bankruptcy court.