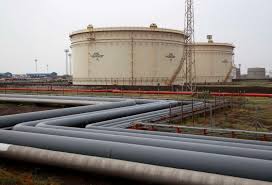 SINGAPORE (Reuters) – India may export fewer fuels in the next four years as growth in the demand for oil products is rising faster than new refining to produce them is being added, an Essar Oil company executive said on Monday.

“Over the next three to four years, other than a few brownfield (refinery expansions), we really don’t see any major expansions coming in,” said B. Anand, chief executive officer of Essar Oil told S&P Global Platts APPEC conference in Singapore.

India’s rising disposable income has helped boost its demand for refined fuels, including gasoline, jet fuel and liquid propane gas (LPG), but its capacity to keep up with this demand may be strained in the coming years.

With only about 350,000 barrels per day (bpd) of refining capacity being added through new greefield projects over the next four years, India’s dependence on LPG imports may rise while limiting its exports of oil products such as gasoline and diesel so it can cope with its domestic demand, Anand said.

Essar runs an oil refinery in Vadinar, Gujarat, that can process 400,000 bpd of crude oil.

“The possibility is always there but its still early days,” said Anand when asked if the company was considering expanding its refining capacity to help meet the increase in India’s fuel demand.

In August, Russian oil major Rosneft and its partners — global trader Trafigura and Russian fund UCP — purchased a 98.26 percent stake in Essar Oil in a deal announced in October.

India is a net importer of LPG, a fuel used in coking and heating, and a net exporter of other products such as gasoline, jet fuel and diesel.