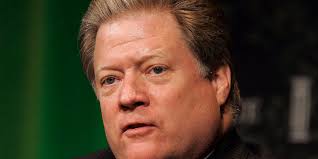 Stock benchmarks today came under panic attack and closed the day with losses of over 1 percent due to fears of fiscal maths going haywire because of an imminent government spending push to revive the economy.

The risk-off mode was on full display in light of a fresh war of words that broke out between the US and North Korea.

US President Donald Trump is “mentally deranged” and will “pay dearly” for his threat to destroy North Korea, the communist country said today as its foreign minister hinted that the regime may explode a hydrogen bomb over the Pacific Ocean.

“With global equity markets in risk-off mode over Korean tensions, the ongoing weakness has gained more momentum. Approaching F&O expiry has added to liquidation pressure. With FIIs continuing to be net sellers, investors are fretting on the impact on fiscal deficit targets if the government were to go overdrive with economic revival plans,” said Anand James, Chief Market Strategist, Geojit Financial Services Ltd.

The rupee was in a sticky spot in the beginning, which dropped to a near six-month low against the dollar during the day, on liquidity concerns after the US Fed said it will roll back its massive stimulus and speculation of a widening fiscal deficit. But later, the domestic currency managed to recover.

Finance Minister Arun Jaitley yesterday had promised “appropriate actions” at the “right time” to revive the slowdown-hit economy as growth slipped to a three-year low of 5.7 percent in the June quarter.

Sentiment was in tatters after heavy losses in Asia, set off by China sovereign rating downgrade on fears over its ballooning debt and a lower opening in Europe. Shares have lost their momentum after hitting record highs recently as valuations turned expensive, with most sectoral indices ending in the red.

There was no let-up in foreign selling as FPIs sold shares worth Rs 1,204.95 crore while domestic institutional investors (DIIs) bought equities worth a net Rs 1,416.55 crore yesterday, as per provisional data. BSE realty melted the most by 4.29 percent. Metal, capital goods and power too added to the weakness.

Selling pressure rubbed off on broader markets, which dragged down small-cap and mid-cap indices by 2.93 percent and 2.71 percent, respectively.