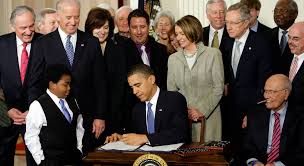 After John McCain scuttled the Graham Cassidy bill, the latest republican plan for an Obamacare repeal, healthcare stocks climbed Friday. The bill requires 50 votes to pass the Senate, and without McCain’s support, there appears to now be three dissenting members of the GOP.

Among the things proposed by the bill, Graham Cassidy would decentralize healthcare, plunging America’s health insurance system into uncertainty—at least in the short term—as individual states would become responsible for administering their own insurance markets. As favorable as that may sound to some Republicans and those who favor states’ rights, it did not sit well with the stock market, which values stability.

Among the companies seeing gains today are Tenet Healthcare, which went up sharply 3.02% on the news of McCain’s rejection of Graham Cassidy. HCA Holdings shot up more than a dollar at McCain’s announcement, up from its low of $ 77.56 just preceding the surprise news. Aetna stock immediately rose from its low on the day of $ 150.43 to a high of $ 155.26. But the insurance company’s stock has since dropped and is near yesterday’s close of $ 153.39, as of this writing.

Not all health stocks got the McCain bump. Pfizer is down so far today, seeing no significant movement from the day’s news. UnitedHealth has been down with the Graham Cassidy blues all day—it spiked on the news, but is still well below yesterday’s $ 195.21 close.