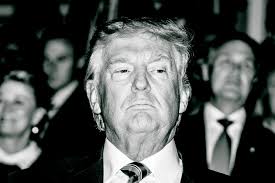 In 36 Months, America Will Face a $1 Trillion Budget Deficit. Do Voters Care?

Now that Senate Republicans have agreed on the first step towards a gigantic, $ 1.5 trillion tax cut, it’s instructive to examine the disastrous trajectory of America’s deficits without an audacious new platform putting future revenues at risk.

Right now, we’re headed for federal shortfalls topping $ 1 trillion by fiscal 2021, a period starting October 1, 2020. That number should trigger screeching alarms, terrify voters, and prompt calls for a draconian slowdown in spending. “But neither the Democrats nor the Republicans care about deficits,” says Brian Riedl of the conservative-leaning Manhattan Institute. “And it’s not clear the voters do, either.”

They all should care plenty, because the arrival of $ 1 trillion deficits means fiscal sanity has become a bridge too far.

To see how shortfalls double to 13 figures in just thirty-six months, it’s crucial in incorporate both the official CBO projections and likely spending increases that the CBO is barred from including in its forecasts. In June, the CBO released its “An Update to the Budget and Economic Outlook,” unveiling its latest projections for the next decade. The CBO is obliged to make its predictions under “current law.” Hence it assumes that the rules in place today govern future outlays, revenues and deficits, even if those rules are likely to change. In fact, many rules are certain to change, and mostly in the deficit-deepening direction.

The CBO’s outlook for revenues is surprisingly strong. It forecasts that receipts from the individual income tax will grow strongly as a share of national income, as increasing incomes push families into ever-higher brackets. That trend more than offsets a decline in the contribution from payroll taxes. Receipts from Medicare and Social Security duties will lag GDP for essentially the same reason that income taxes will outperform: As their pay rises, more and more Americans will reach the taxable limits for Social Security and Medicare, capping their payments. The CBO expects corporate taxes to remain flat a percentage of national income. All told, revenues are expected to rise strongly, from 17.3% of GDP, a tad below the 50-year average of 17.4%, to 18.4% by 2027.

An explosion in spending will far outstrip that robust trend in revenues––and that’s just the official scenario. The CBO projects that deficits will drop in fiscal 2018 from $ 739 billion to $ 581 billion, as folks delay booking capital gains until next year in hopes that tax reform will curb levies on sales of stocks or homes. But shortfalls surge starting in 2018 in the CBO’s official forecasts. And by Fortune’s estimates, the real numbers will be far worse.

Here’s why. Since the CBO is obliged to project that the today’s fiscal laws remain in place, it’s forecasting that the Congress’s sequester requirements dramatically shrink discretionary spending as a share of national income. The agency foresees that outlays for defense will fall to 2.7% of GDP, the lowest levels since the 1930s, and that non-defense spending for the likes of education, foreign aid, and HHS trails the CPI. Overall, the CBO reckons that discretionary outlays will drop steeply from 6.3% to 5.4% of GDP over the next decade. “It won’t happen,” says Riedl. “The CBO scenario is extraordinarily rosy.”

In White House budget for FY 2018 released this spring, President Trump proposed ambitious initiatives in the discretionary realm, including $ 484 billion increase in defense spending, as well as an extra $ 200 billion for rebuilding America’s crumbing infrastructure. It’s far more realistic to forecast that discretionary outlays will wax with GDP. So if that happens, the CBO’s projected deficit of $ 879 billion in 2021, already 50% above 2016 levels, will be a lot higher. Adjusting discretionary spending upwards, and counting interest on the extra debt, will add approximately $ 150 billion to the shortfall in 2021, pushing the total figure well over $ 1 trillion. “That scenario is not only plausible, but probable,” says Riedl.

It gets a lot worse. In our revised projections, the deficit would reach $ 1.7 trillion by 2027, 16% above the CBO’s already-alarming estimate, and America’s debt would stand at $ 2.9 trillion, 104% of GDP, putting the nation in the area that Medieval cartographers labeled, “Here be dragons.”

Will crossing the trillion mark prompt an outcry for spending restraint? Keep in mind that the U.S. deficit hit $ 1.4 trillion in 2009, and exceeded a trillion as recently as 2012. “The deficits of the early Obama years created a sense of complacency, they took away the sticker shock,” says Riedl. That’s unfortunate, because today’s situation is totally different from the aftermath of the financial crisis. These gargantuan gaps are ingrained and growing on autopilot.

The real significance of trillion dollar deficits is that once they’re allowed to take hold, avoiding a fiscal disaster becomes far more difficult. When shortfalls are lower, politicians have more room to curb the rise in spending on entitlements without causing severe pain. That’s a lot more palatable to voters than demanding the steep cuts, the only solution when deficits and debt are raging out of control.

What about the Republicans’ proposal for tax relief? Naturally, its proponents argue that the cuts will mainly pay for themselves by recharging growth and swelling tax receipts. Tax simplification and corporate rate reductions are the way to go––when coupled with entitlement reform. “Entitlement reform is more important than tax reform,” says Riedl.

Without reining in Social Security, Medicare and Medicaid, the danger is that the higher growth that should flow from tax reform is blunted by deficits, debt, and interest rates that are even more towering than Fortune’s menacing projections. That’s because the proposed tax cuts at best will add to future shortfalls, a situation that doesn’t seem to bother the Republican a whit. Decades ago, a maverick named Ross Perot became a political player assailing ruinous deficits. It wouldn’t be a bad thing if the march toward a trillion caused another round of fear and loathing.