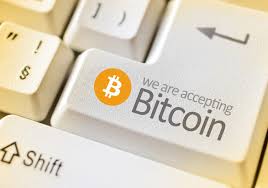 Even as Bitcoin fans attack the J.P. Morgan CEO for his views on the cryptocurrency, Jamie Dimon is doubling down once again on his call that Bitcoin is a “fraud.”

In a CNBC interview Friday, Dimon labeled Bitcoin a “novelty” with no real value.

“Right now these crypto things are kind of a novelty. People think they’re kind of neat. But the bigger they get, the more governments are going to close them down,” the CEO told CNBC. “It’s creating something out of nothing that to me is worth nothing.”

Bitcoin’s price is now hovering around $ 3,600, down from an all-time high of $ 5,000 earlier this month. The cryptocurrency took a plunge after Chinese officials cracked down on bitcoin, banned ICOs and closed down cryptocurrency exchanges.

Around the same time, Dimon also reasserted his view from 2015 that Bitcoin is a fraud that will “blow up.” He reasoned the cryptocurrency was best suited for illicit uses, likely triggering crackdowns from world governments.

Separately, London-based Blockswater, which trades Bitcoin, lodged a complaint with Swedish authorities Thursday in which it accused Dimon of manipulating the price of Bitcoin. The allegations were made after Reuters reported that J.P. Morgan (jpm) had been routing customer orders for an exchange-traded note tracking Bitcoin. Notably however, the trades were not directly made on behalf of J.P. Morgan—making the case a little shakier for the London firm.

“They are not JPMorgan orders,” a spokesperson said Friday. “These are clients purchasing third-party products directly.”