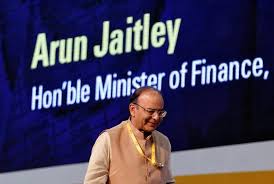 Jaitley said stressed bank assets have become a “concern” for the economy. Bad loans have crimped the ability of Indian lenders to offer new credit.

Growth in Asia’s third-largest economy slowed to a three-year low of 5.7 percent in the quarter that ended in June, and Jaitley said on Wednesday that the government was looking for ways to speed it up.