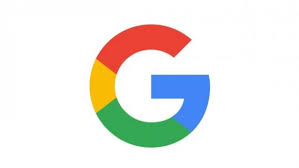 Google and HTC have agreed that the search giant will acquire part of the Taiwanese gadget maker’s phone division for $ 1.1 billion, the companies said in a joint statement Wednesday night.

The deal, widely rumored to be imminent—to the point where the Taiwan stock exchange had suspended trading of HTC’s stock in the hours leading up to the announcement—signals Google’s (goog) growing interest in expanding its own consumer hardware business.

As part of the deal, Google will obtain a set of HTC employees, many of whom work on Pixel development, as well as a license for a portion of HTC trade secrets, according to the statement. In exchange, HTC will receive more than a billion dollars in cash.

“HTC has been a longtime partner of Google and has created some of the most beautiful, premium devices on the market,” said Rick Osterloh, senior vice president of hardware at Google, in the statement. “We’re excited and can’t wait to welcome members of the HTC team who will be joining Google to fuel further innovation and future product development in consumer hardware.”

HTC said it would continue developing its own phones, like the HTC U11, which it released earlier this year, as well as its Vive gear, a virtual reality headset that competes with Facebook’s (fb) Oculus Rift.

“We believe HTC is well positioned to maintain our rich legacy of innovation and realize the potential of a new generation of connected products and services,” said Cher Wang, HTC’s chairwoman and CEO.

HTC’s market value has plummeted in recent years, dropping about 75% to less than $ 2 billion in the last five years. Its share of the phone market has dwindled in the face of strong competition from the likes of Apple’s (aapl) iPhone and Samsung’s Galaxy series.

This is not Google’s first foray into purchasing a phone business. The company bought Motorola Mobility for about $ 13 billion in 2012 before selling it to Lenovo (lnvgy) for less than $ 3 billion two years later.

In a separate blog post announcing the deal, Osterloh said that “It’s still early days for Google’s hardware business,” but that the company is committed to building the unit and its offerings in the coming years. Next month, for instance, the company is expected to unveil new set of products, like the Pixel 2 phone, at an Oct. 4 event.

The HTC deal is expected to close by early 2018, pending regulatory approval, the companies said.